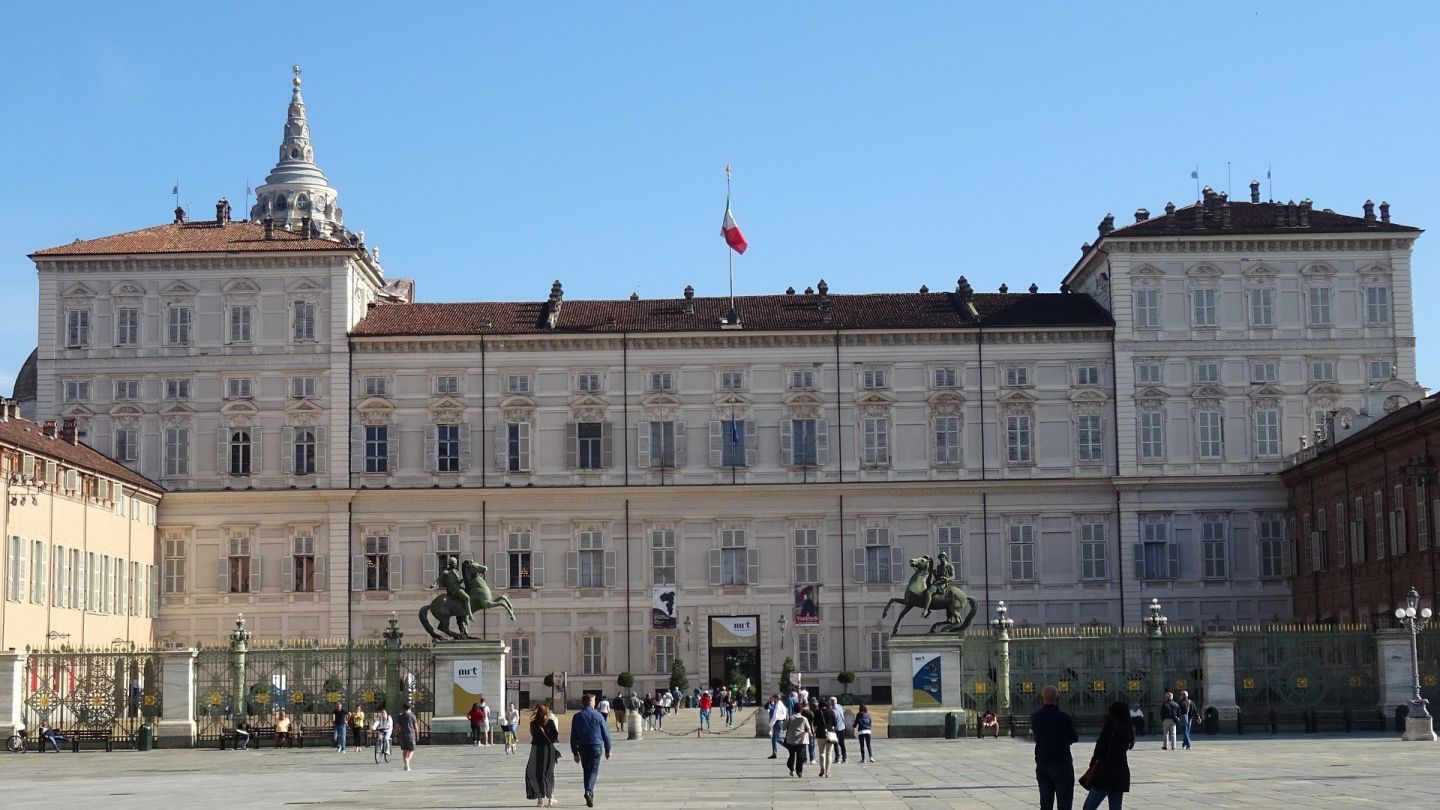 The Royal Palace of Turin was the scenerio of Savoy politics for at least three centuries, confirming itself as the first and most important in the region of Piemonte among the residences of the Savoy family. The Royal Palace is located in the Piazzetta Reale, the heart of the Turin town, from which the main streets of the historic center branch off.

The building was designed between the end of the sixteenth century and the beginning of the seventeenth century.
The facade follows the seventeenth-century project by Carlo Morello, presenting a central part and two higher wings. Also from that period are the rooms on the noble floor, which celebrate the royal dynasty with allegorical images created by different artists.

The modifications of the eighteenth century will bring to light the Chinese Cabinet (decorated with frescoes by Claudio Francesco Beaumont) and the wonderful Scala delle Forbici consisting of double flights, both designed by the architect Filippo Juvarra.
Juvarra himself will draw up the project of the Cabinet for the Secret Manege of State Affairs, finely decorated both in the vault and in the boiserie.

After the unification of Italy, and the capital was transferred to Rome, this majestic palace was transformed from a home to a public museum.